This event is intended to foster an understanding and create an interest in the field of broadcast journalism. 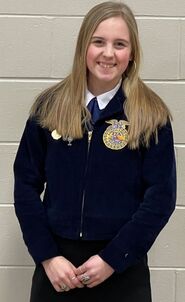 The purpose of this event is to prepare FFA members in developing skills and techniques important toward becoming successful salespersons of agricultural products. 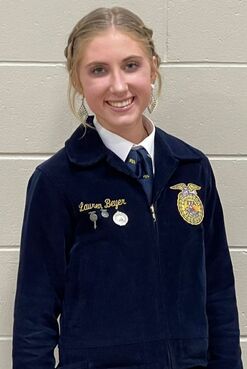 This event is intended to develop the skills of young members in properly conducting an FFA meeting. Participants must be 7th graders through tenth (10th) grade FFA members. This event aids the development of leadership abilities of young members for present and future chapter activities. 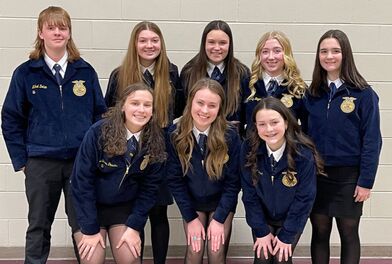 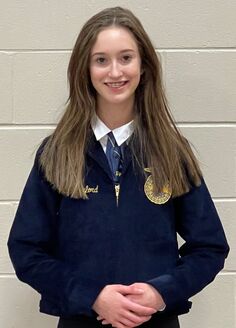 Abigail Crawford earned a silver rating at sub-districts for her efforts.

This event is designed to encourage the development of FFA members in the ability to speak, to think and to answer questions readily before an audience.

This event was established to provide FFA members an opportunity to demonstrate their ability in completing a job application form, writing a letter of application, preparing a resume, interviewing properly, answering questions clearly, and presenting the proper impression. 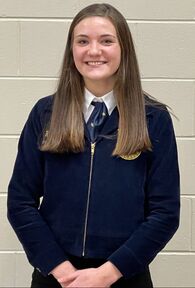 Keeley Kehrli earned a gold rating at sub-districts for her efforts and alternate to districts.

This event is intended to recognize the importance of developing leadership abilities. It provides trained officers and informed members on the correct conduct of organization affairs. It provides training in democratic procedure. This demonstration will indicate the abilities to be mastered. It also suggests ways in which chapters may organize their own training program in parliamentary procedure. The event is a test of parliamentary procedure abilities and discussions and thus more limited than in usual business meetings. 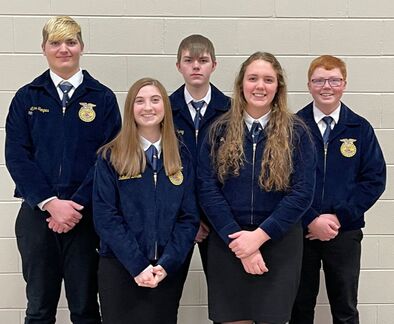